A GIFT TO GRACE YOUR TABLE

So says the large envelope dated December 1955 and addressed to Mr Harold Morgan of Hampton Village (no street address required) from Kaye's Auto and Electric. Inside is a large "Season's Greetings" Christmas card from Kaye's Auto-Electric, Dealer for Mercury, Meteor, Lincoln, Frontenac, and English Built Ford Products. Lift that and you find a set of paper Christmas placements, 4 each of 4 .different designs. I found it interesting that the message is "season's Greetings" not "Merry Christmas". A man ahead of his time?
According to David Keirstead's "Reflections, The Story of Hampton", the Kaye's garage was built by Whit Scovil, opening in the spring of 1948. For a few months it was run by Harold Piers, but was soon taken over by Eldon Kaye in November of that same year. I don't know when it closed, perhaps one of our readers can enlighten us, but it was till in operation when David's book was written in 1982. It was located on the present site of Spuds N Things. 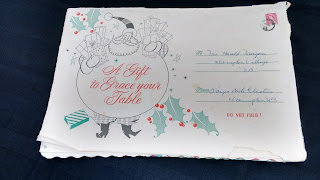 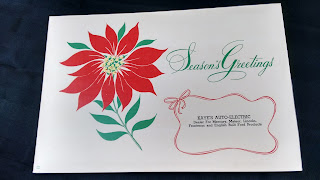 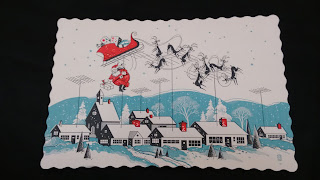 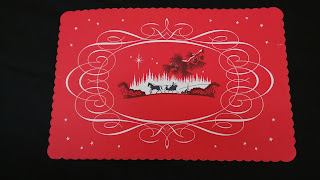 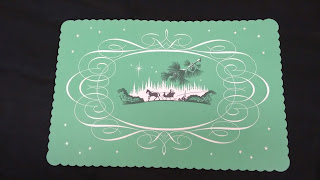 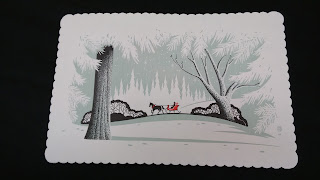