Letter Writing
Many of us "older folk" lament that cursive writing is becoming a lost art. There was a time when elegant handwriting was a status symbol and there were schools in penmanship. While penmanship is still taught in Europe, North American schools have largely eliminated it from the curriculum. The invention of the typewriter in 1867 began the movement away from penmanship, and the growing usage of electronic devices has largely eliminated the related skill of letter writing.
Schools in early Kings County spent many hours teaching first reading, then cursive writing, and then instructing in the proper form for letter writing, as this was the principle way of communicating. Young men away at war wrote letters home and eagerly awaited letters from parents and wives to get the news from home. Young women who married and moved with their husbands to new communities wrote letters home. Siblings could go their whole adult lives not seeing each other, but remaining in touch through letters.
If you want your children to experience the joy of writing a letter, you may be interested in an up-coming event at the Saint John Public Library in which your child can compose and type a letter on an old typewriter, perhaps similar to the one pictured below. This typewriter from our museum collection is a Woodstock No. 5, manufactured in Woodstock, Illinois between 1912 and 1922. 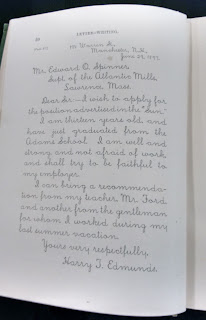 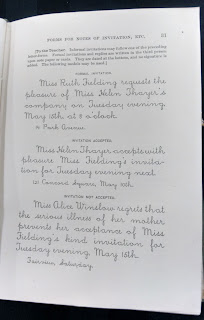 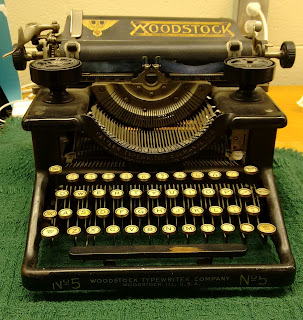 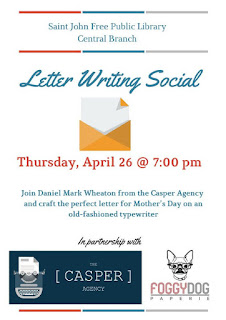