February 12-19 2018 is Heritage Week in New Brunswick.
Celebrating our heritage is not just about musty old clothes in your grandmother's attic (although attics are amazing places to explore). Heritage includes the buildings that house those attics! Kings County is fortunate to have many heritage homes, but regrettably not all have survived. Ryan's Castle in Lakeside (Hampton) is one such. On a property of approximately 10 acres overlooking Darling's Lake (on land now owned by the Downey family), the showcase home was purchased in 1895 by Dr John J Ryan. Dr Ryan, the son of James Ryan of Millstream, became a celebrated dentist in Paris. He purchased the home as a summer home and is said to have spent $70,000 on renovations to the house and grounds, including a model barn constructed by George Langstroth. The lovely home deteriorated after the death of Mrs Ryan in 1927 and after a number of years being vacant and vandalized it burned in 1963. 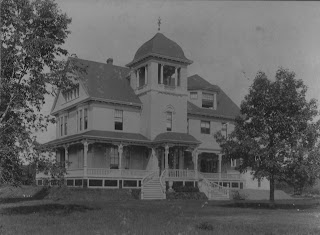 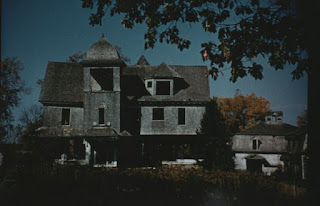 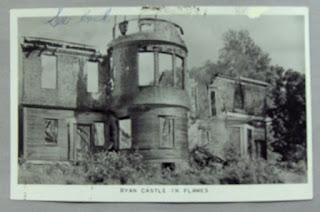