As museum folks, we strongly believe in acts of remembrance. Preserving the past through photos, written and oral histories and treasured keepsakes are all important parts of what we do – and something we encourage individuals to do as well. But some acts of remembrance are a bit unusual, even for us. 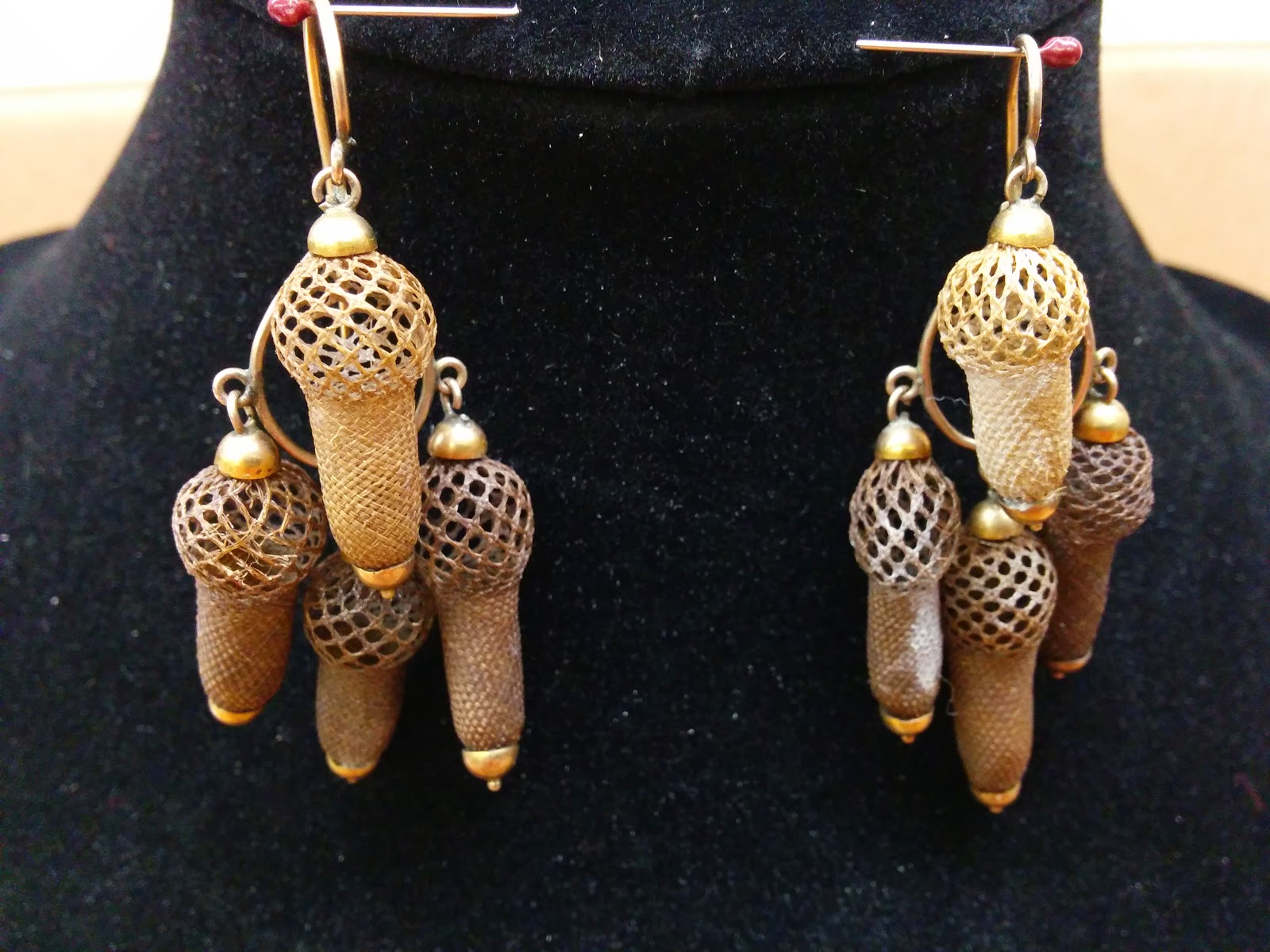 These beautiful earrings from our collection are a fine example of hair work jewellery. That’s right; they are woven from strands of human hair. Ladies in the Victorian era would use strands of human hair as their material and, following patterns offered through magazines such as Godey’s, they would intricately weave incredible, wearable works of art from human hair. These earrings were woven in a method known as “table worked” where the hair is worked on a special braiding table using a series of weights and bobbins to weave the hair into a particular pattern. Sometimes wax or wooden forms were used as well and the hair was braided over top to re-create the shape. Other hair work pieces, such as our sample below, were worked flat or “pallet worked” and encased under glass in brooches. 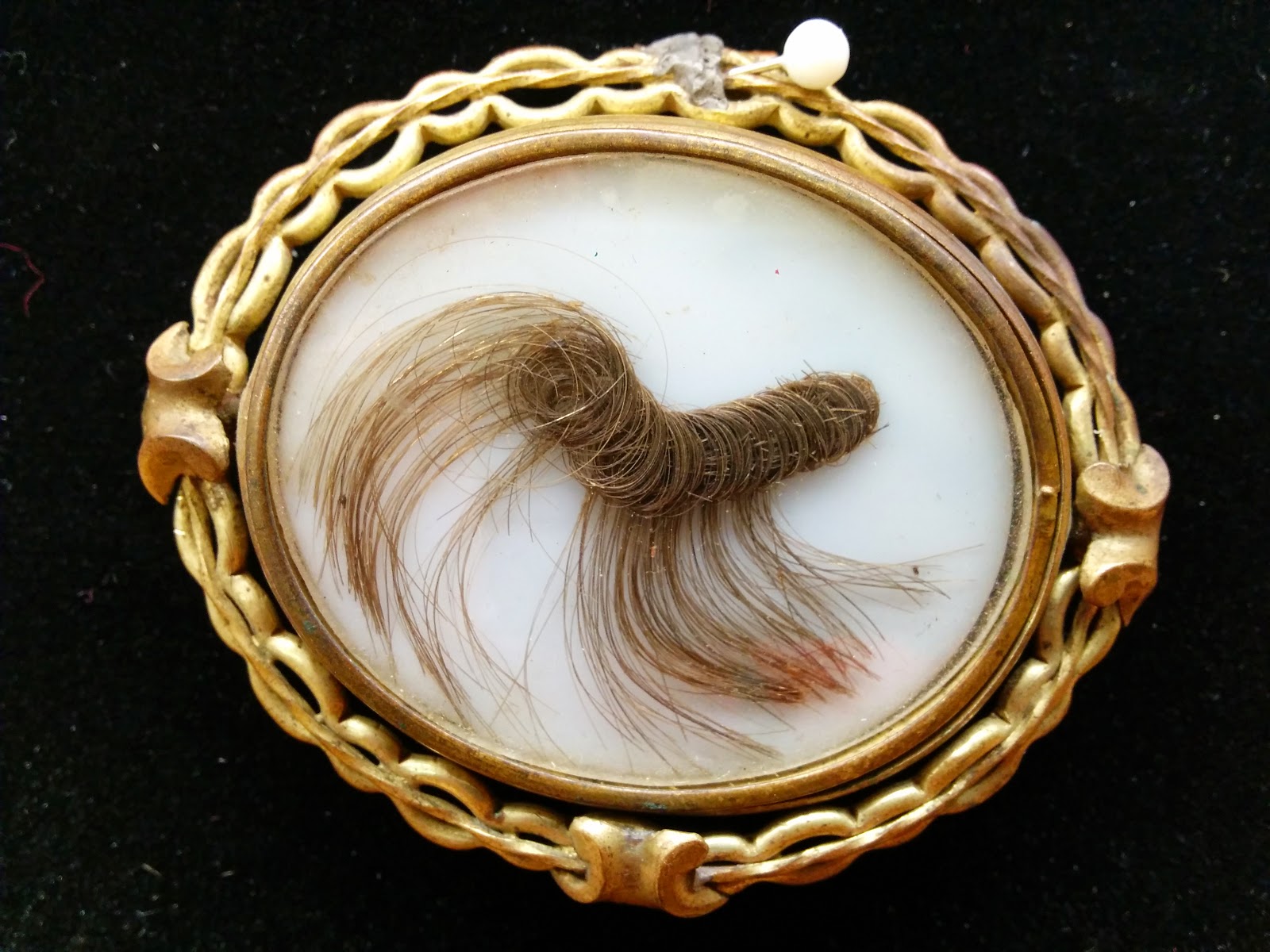 That’s the how – but what about the why?

Hair work jewellery was made for a number of reasons: sometimes it was created as a piece of mourning jewellery, using hair from the deceased to create a wearable memento to keep that person’s memory close. In other cases, hair work was created as love tokens or a commemorative piece to mark a special bond or union between friends or lovers.

Every age has utilized personal mementos as acts of memory (we bet somewhere in your house there is a scrap of your hair or your first tooth taped in a baby book).  But the extremely elaborate level of effort represented by hair work jewellery seems only possible in the unique circumstances of the Victorian era.

Queen Victoria, in her sorrow over Prince Albert’s death, adopted a host of mourning rituals that became the standard of the age. Among these rites, she is known to have made hair work jewellery. She even gifted a piece of her handiwork to Empress Eugenie of France. Historians have recorded that the Empress was moved to tears by the gift; history has not recorded, however, whether the tears were of joy at Victoria’s kind gesture, or tears of embarrassment because Eugenie had forgotten to make a little something for Victoria in return.

All we can say for sure is that Eugenie likely always remembered Victoria’s forget-me-knots.
Posted by Quilt Barn Tour at 13:08