Don't go against the grain 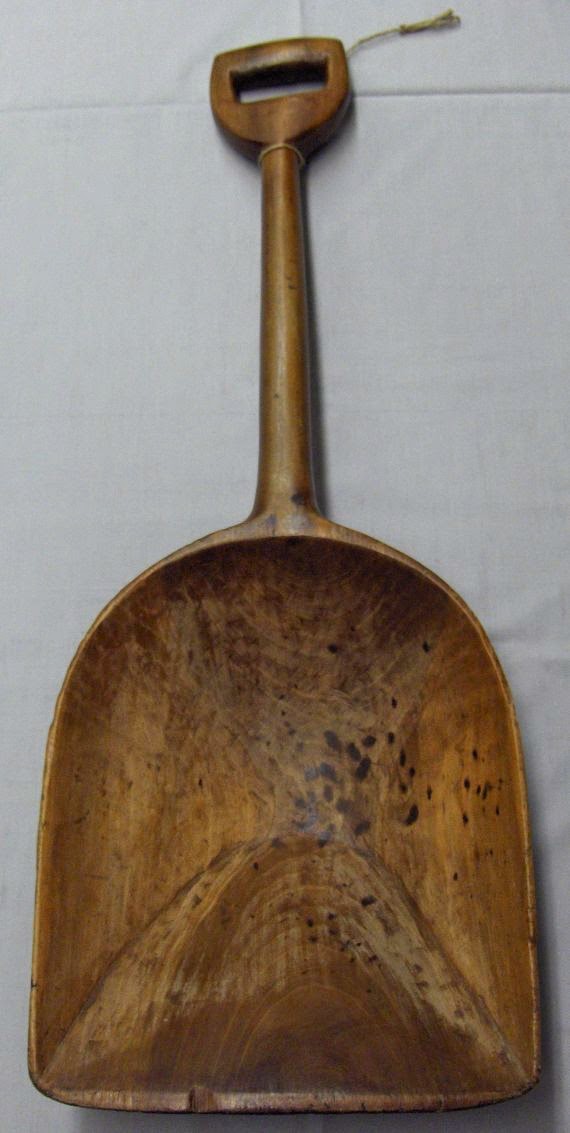 It’s wrong to have favorites. But sometimes we just can’t help ourselves.

Here at the museum, there’s a special place in our hearts for today’s artefact – a hand carved wooden grain shovel.

Now, when most people fall in love, it’s not with farming tools (John Deere enthusiasts excepted).  But when looking at the simple beauty of this shovel, many strong hearts have skipped a beat. Carved from a single piece of hardwood, the shovel is silky smooth from years of use with a golden patina. It is perfectly balanced; the handle is exactly right; the scoop even and true.
Like we said…. shovel heaven.

Some visitors have suggested that the shovel may have been employed for shoveling apples rather than grain. In the past, it was believed that anything which came in contact with apples had to be made of wood; otherwise it would hasten their spoiling and compromise the taste. It was for this reason that all tools used in the production of cider and apple butter were treen-ware (tools made completely of wood without using nails or screws). But the mouth of our shovel has such even colouring that it seems impossible that its scooping-past was in the orchard. Our local farmers are careful – but even their skilled hands would have spilled a little juice to stain the shovel.

The likelier explanation is that the shovel was used in grain processing. Grain shovels were treen-ware as well but for a very different reason; tools made of wood rather than metal would not create sparks which could start a fire in the granary.
A bad way to finish the harvest indeed.

In either case, whether your shovel-vote falls on the side of the apples or the grain, we're sure you’ll agree, this is a splendid piece of homemade ingenuity.

But if your vote is for apple, know that you're going against the grain.